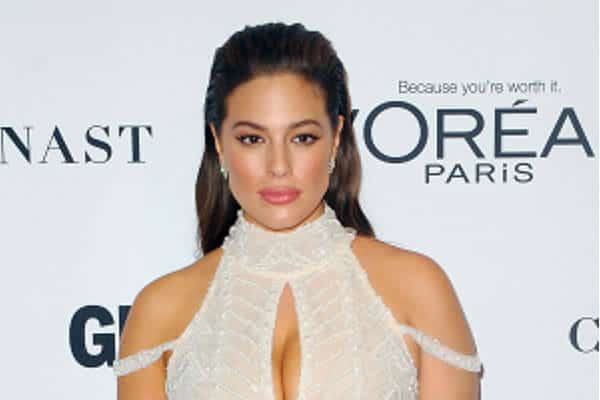 Avid readers of our Blog will know that Ashley Graham is one of our favourite plus size models. But she’s so much more than that – to us, she’s a style icon, and here are the reasons why:

Ashley Graham has played a pivotal role in reshaping the fashion industry. Not only has she corrected misconceptions about what sells but she’s also helped encourage diversity in a world that’s obsessed with the ‘perfect’ body. Moreover, the American model’s success has seen her become one of the top-earning models within the industry, proving all the naysayers wrong. She’s shown that curves are beautiful and has helped ensure the fashion industry embraces plus size statistics, and represents real women’s body shapes.

If representing a large proportion of the female population wasn’t enough, 2019 has also seen the talented 31-year-old launch a campaign which is centred on ‘swimwear for all’ and was inspired by her formative childhood years growing up in the 90s. The retro styles have been modelled in the rather exotic streets of Puerto Rico with ladies like you and me, another clear indication that Ashley is continuously striving to push boundaries and challenge society and any views that it may have.

One thing that has remained a constant throughout her career since that first Sports Illustrated feature is her ability to encourage body positivity, an issue which is clearly at the forefront of her mind when adopting any collaboration.

She featured on an Australian talk show named The Project in March 2019 where she called for women to “demand respect” and criticised the media for adopting airbrushing techniques to manipulate how women are perceived. Despite the industry making strives to become more inclusive, Graham argued that there is “still a worrying lack of diversity”.

A force to be reckoned with

It seems that Ashley is much more than just another style icon; she is a force to be reckoned with. She’s a role model for teenage girls who are constantly pressured by social media, the press and society to think, act and look a certain way, and has also been instrumental in ensuring that real women are given a voice in the world of fashion. Last, but by far means least, she is an ambassador for change.

This wave of change has arrived upon our shores, crashing down on the retail world and welcoming with it the arrival of mannequins that represent real women. The fashion industry is slowly shunning unhealthy standards and embracing a redefined world that sees itself accepting us all for who we are, and not for what we society thinks we should be, whatever our body shape.

“Beauty comes in all shapes and sizes, rock your confidence”

If you want to rock your confidence like Ashley, then check out our top four plus size shapewear pieces for Spring below:

If you already shop with Elle Courbee then there’s a high chance you’re already a strong, independent woman who isn’t afraid to embrace your individuality and curves. But if you’re still struggling to find your empowerment, then here’s one of our favourite quotes from Ashley that will hopefully inspire you to go out there with your head held high, as you strut your way down your very own catwalk that is otherwise known as the streets of the world:

“Curvy girls can pull off any look – it’s what we do!”

Bra styles to boost your confidence
Next Post: 6 summer fashion items you need in your wardrobe now!

Premium plus size shapewear for a confident you ! Dismiss

Shopping Cart
There are no products in the cart!
Subtotal
£0.00
Total
£0.00
Cart
Checkout
Continue Shopping